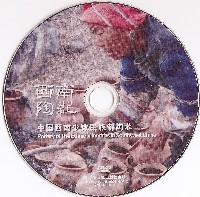 Pottery of The Ethnic Minorities in Southerwest China

This is the first documentary film recording the pottery technique of eight ethnic groups and communities living in Southwest China: Li, Tibetan, Yi, Dai, Bai, Miao, Shui and Chuanqing people. The film is arranged and structured based on the history and development of ceramics, displaying a complete and detailed panorama of the pottery handicraft of the ethnic minorities in Southwest China. Not only is this a documentary studying, preserving, and promoting Chinese ethnic cultures, it also helps the outside world to understand the diversity and colorfulness of Chinese ethnic cultures through the window of ancient pottery making. Director: Lu Bin, Photographer: Tan Hongyu, Producer/Translator: Caroline Cheng